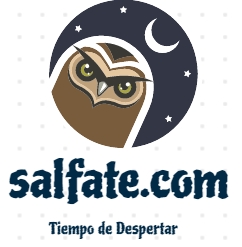 Since Covid vaccines first became available more than a year and a half ago, women have been sounding alarms about the shots’ adverse effect on their menstruation.

For example, in an August 2021 article at The Grayzone that criticized the U.S. medical establishment’s failure to study the effects of the vaccines on women’s reproductive systems, Marcie Smith Parenti recounted disturbing experiences from her own circle of friends:

Their symptoms have included hemorrhagic bleeding lasting more than a month; heavy intermittent bleeding for four months; passing golf-ball size clots of blood; and extreme cramping, serious enough to land one friend in the ER.

On social media, the The Grayzone was accused of “fearmongering,” being “anti-vax,” and peddling “dangerous disinformation.” Meanwhile, the response of the FDA and CDC to women’s pleas might be best characterized as a bureaucratic shrug.

In August, NPR said the FDA and all three U.S. vaccine manufacturers claimed “they have not seen evidence that any of the vaccines cause menstrual irregularities.” The American College of Obstetricians and Gynecologists said it was “aware” of the complaints, but urged women to plunge forward with vaccinations anyway without regard to the timing of their cycles.

Now, however, a large-scale study adds substantial new confirmation of what thousands of women have been proclaiming since the jabs started.As NBC News reports:

“An analysis published Friday in the journal Science Advances found that 42% of people with regular menstrual cycles said they bled more heavily than usual after vaccination…14% reported a lighter period.“

The study also found many women who don’t typically menstruate—such as those beyond menopause and those on certain long-term contraceptives—experienced “breakthrough” or unexpected bleeding after receiving Covid vaccines.

The authors of the study note that the percentages reporting unusual menstruation may overstate the actual frequency to some degree, as those who’d had bad experiences may have been more inclined to participate in the study.

One of the authors is University of Illinois Urbana-Champaign biological anthropologist Kathryn Clancy, who’d experienced the phenomenon herself. In her case, it was an extraordinarily heavy and lengthy period, which is called “menstrual flooding.”

Her suspicions were magnified when one of her graduate students had told her she’d “had the worst cramps of her life”after receiving a Covid shot. Clancy promptly took to Twitter in February 2021 and asked if other women had endured anything similar. Many confirmed they had, which led to the launch of a formal study.

She and the grad student, Katharine Lee, initially set out to survey 500 women. That many signed up in a single hour. The authors reset their sights and ended up with more than 165,000 participants from all over the world. This week’s findingsrepresent an analysis of a subset of more than 39,000 participants between 18 and 80 years old.

It remains to be seen if the menstrual changes are a sign of something more sinister. Regardless, many women who’ve experienced them without having received an FDA warning about the side-effect have surely been alarmed. Post-menopausal bleeding, for example, is a symptom of uterine cancer.

Why was there no warning from the FDA? Because those who participated in Covid vaccine trials weren’t even askedabout menstrual changes.

For its part, The New York Times cheerfully assures us that “experts” say there’s no cause for alarm. Sure, the “experts” have already unleashed a multifaceted public health catastrophe in the name of battling Covid, but trust them this time, ladies!

CLICK HERE to watch our live feed that’s now streaming 24/7 on GETTR! Also, be sure to follow Alex Jones and Banned.video on GETTR for breaking news and exclusive information!